The Pobie Bank Reef is located in the North Sea, approximately 20 km east of Shetland, Scotland. The Pobie Bank Reef SAC lies across the 12 nm territorial sea limit. Advice on this MPA is therefore jointly delivered with NatureScot.

The reef is composed of a combination of stony and bedrock reef and in the central section of the reef there are very large, rugged bedrock outcrops. The reef provides a habitat to an extensive community of encrusting and robust sponges and bryozoans, which are found throughout the site. These include encrusting coralline algae, cup sponges, and bryozoans in the shallower areas; and small erect sponges, cup corals and brittlestars in the deeper areas.

The acquisition of new data may result in updates to our knowledge on feature presence and extent within this site. The most up-to-date information is reflected on the map on this page and in JNCC's MPA mapper and the evidence underpinning this can be viewed in the Evidence section.

The diagram below is a summary of the key milestones involved in the selection and designation of Pobie Bank Reef. More detail can be found in the Relevant Documentation section.

October 2011
Site formally recommended to the UK Government as a draft Special Area of Conservation (SAC).
March 2012
Formal public consultation. Site becomes a possible SAC.
October 2012
Site submitted to the European Commission. The Habitats Regulations now formally apply to this MPA.
November 2013
Site is approved by the European Commission as a Site of Community Importance (SCI).
September 2017
Site is formally designated as a SAC by UK Government.

Information for this site summary was adapted from the SAC Selection Assessment and incorporates any further information gathered since these documents were produced. Please refer to this document in the Relevant Documentation section for further details and information sources.

Pobie Bank Reef is located in the North Sea, approximately 20 km east of Unst, Fetlar and Whalsey in Shetland, and is separated from Shetland by the Unst Basin. The SAC is approximately 70 km long (crest running NNE to SSW) and up to 21 km wide. The depth within the SAC ranges from 70 m to over 100 m; the average seabed depth within the site boundary is approximately 90 m. The reef is located on a bank of metamorphic and sedimentary rocks covered by a patchy veneer of sediment, ranging from sandy gravels to slightly gravelly sands. The bank overlays a flat plain of sedimentary rock, known as the East of Shetland Platform. The reef is composed of a combination of stony and bedrock reef which meet the definition of the Annex I habitat type 1170 (Reef).

In the central section of the reef, very large, rugged bedrocks outcrop from areas of sand and this represents the most topographically complex area. In most areas these outcrops are surrounded by large boulders and cobbles in a sandy matrix. Towards the north and south of the reef, bedrock outcrops are smoother and integrated with extensive areas of stony reef. The bedrock and boulders provide reef habitat for a variety of species. Bedrock reef is more widespread on Pobie Bank Reef above 100 m depth where the rugged rocky outcrops occur. Stony reef appears to predominate around the eastern margins of the bedrock, particularly in lower-lying ground between outcrops. Much of the SAC is most accurately described as a mixture of these two reef types.

The reef provides a habitat to an extensive community of encrusting and robust sponges and bryozoans, which are found throughout the site. In the shallowest areas the bedrock and boulders also support encrusting coralline algae. Axinellid cup sponges (Axinella infundibuliformis) are common on the bedrock and stony reef at depth ranges of 70 m to over 100 m. The bryozoan Omalosecosa ramulosa is also common on these reefs, but this species is rare in inshore sites in this regional sea. In the deepest areas (>100 m), low-lying silty bedrock is commonplace, supporting small erect sponges, cup corals (Caryophyllia smithii) and the Serpent’s table brittlestar (Ophiura albida). Further detail on the evidence for this SAC can be found on the Evidence section.

Site boundary description: The proposed boundary is a simple polygon enclosing the minimum area necessary to ensure protection of the Annex I habitat, As any bottom trawling that occurs in the area may pose a threat to the reef, the SAC boundary includes a margin to allow for mobile gear on the seabed being at some distance from the location of a vessel at the sea surface. The maximum depth of water around the feature is approximately 100 m; assuming a ratio of 3:1 fishing warp length to depth on the continental shelf, the boundary is defined to include a margin of 300 m from the bedrock and stony reef feature.

The full overview of the various data used to support site identification, along with information on confidence in feature presence and extent is available in the Pobie Bank Reef SAC Selection Assessment Document.  JNCC will be adding relevant survey data for this MPA to its MPA mapper in due course.

Some of the data for this SAC have been collected through JNCC-funded or collaborative surveys and some through other means.  Data from these surveys provide direct evidence confirming the presence of the protected features within the site.

References for further supporting scientific literature consulted during the identification of this site can be found in the SAC Selection Assessment Document. Please be aware that although these sources contain information in relation to this MPA, they do not necessarily represent the views of JNCC.

The conservation objectives for the protected feature of the MPA is:
Subject to natural change, maintain or restore the reef in/to favourable condition, such that:

are maintained or restored, thereby ensuring the integrity of the site and also making an appropriate contribution to favourable conservation status of the Annex 1 habitats.

JNCC is working to provide more detailed advice on the relatively broad, high-level conservation objective listed above. This supplementary advice will be posted here as and when it becomes available.

In line with Regulation (21) of the The Conservation of Offshore Marine Habitats and Species Regulations 2017 (as amended) which apply to the UK’s offshore marine area and Regulation 33(2) of the The Habitats Regulations 1994 (as amended in Scotland) which apply to Scotland’s inshore waters, the advice on operations for the protected feature of the Pobie Bank Reef SAC outlines current knowledge of the nature and extent of activities taking place which may have a significant impact on the feature for which a site has been selected.

JNCC also provides a list of activities occurring within the site and information on activity management in the Activities and Management section. This information is also useful when assessing an activity, plan or project which may affect the protected features, and JNCC has provided this to aid the cumulative assessment of impacts of human activities within the site. While every attempt has been made to ensure this information is accurate and kept up-to-date, the list is not to be considered exhaustive or definitive. The list does not, for example, include activities occurring off-site which may also be capable of affecting the protected features.

The information contained within the advice on operations, Activities and Management section, Evidence section, and MarLIN’s sensitivity assessments are useful if you are:

Our scientific understanding of the ecology of the site, its integrity and its qualifying features and how activities can affect them may change over time. Conservation advice provided by JNCC and Scottish Natural Heritage (now NatureScot) will be kept under review and will be periodically updated. Conservation advice for sites which straddle the 12 nm boundary will continue to be developed jointly with the relevant country nature conservation body. Further information on JNCC’s conservation advice work is available on our 'Conserving MPAs' webpage.

The sub-sections that follow provide an account of the progress of Pobie Bank Reef SAC around each of the four stages in the MPA management cycle.

Site condition monitoring surveys are yet to take place within this MPA. Further information will be made available in the Monitoring section in due course.

No long-term condition monitoring data is available to determine whether the MPA is moving towards or has reached its conservation objectives. 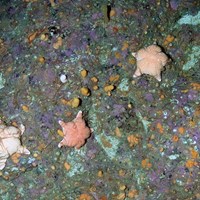 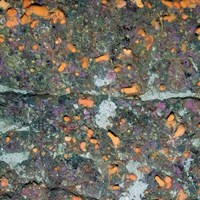 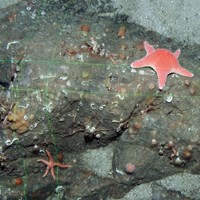 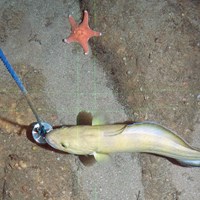 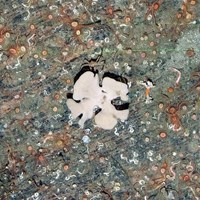 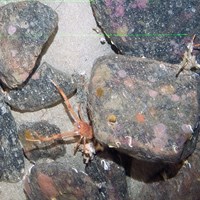 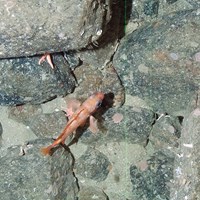 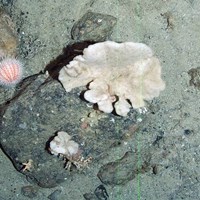