The Stanton Banks are a series of granite ridges up to 160 m tall that protrude from the seabed, situated south of the Outer Hebrides.

Located south of the Outer Hebrides, the Stanton Banks are a series of granite ridges up to 160 m tall that protrude from the seabed at 190 m deep.

The tops of these ridges are smooth and covered in encrusting species, such as red algae and small sponges. The inter-connecting gullies are filled with rippled coarse shell sand. The rougher sides of the ridges support species such as feather stars, dead man's fingers and hydroids. The smoother lower regions of the banks provide habitat for barnacles, brittlestars, cup-shaped sponges and massive sponges. On the edges of the ridges there are boulders and cobbles covered by coralline algae and keel worms.

The acquisition of new data may result in updates to our knowledge on feature presence and extent within this site. The most up-to-date information is reflected on the map at the top of the page and in JNCC's MPA mapper, with the evidence underpinning available in the Evidence section.

The diagram below is a summary of the key milestones involved in the selection and designation of Stanton Banks SAC. More detail can be found in the Relevant Documentation section.

Information for this site summary was adapted from the SAC selection assessment available in the Relevant Documentation section and incorporates any further information gathered since this document was produced.

Stanton Banks SAC is located in the Scottish Continental Shelf south of the Outer Hebrides and lies approximately 124 km west of the UK mainland, 43 km west-south-west of Tiree and 83 km north-north-east of Malin Head, Ireland. Surveys of the Stanton Banks reef has shown it to be a rocky landscape with deep gullies. Although the rocky outcrops have been rounded by glacial action, they remain deeply fissured and extremely rugged.

Surrounding the Annex 1 rocky reef feature, the banks are fringed with stony reef comprising of boulders and cobbles, graduating into coarse and mixed sediments. Many of the cobbles are covered by encrusting sponges (including Hymedesmia paupertas), hydroids and bryozoans. Crabs (Cancer pagarus) and squat lobsters (Galatheoidea sp.) are also present. There have been reports of cold-water coral at the site, but currently JNCC has no direct evidence to support this. Further detail on the evidence for this SAC can be found in the Evidence section.

Site location: Co-ordinates for this SAC can be found in the Standard Data Form.

Site boundary description: The site boundary is a complex polygon enclosing the minimum area necessary to ensure protection of the Annex I habitat. Co-ordinate points have been positioned as close to the edge of the interest features as possible, rather than being located at the nearest whole degree or minute point. The proposed boundary includes a margin to allow for mobile gear on the seabed being at some distance from the location of a vessel on the sea surface. The maximum depth of water around the feature is 190 m; therefore, assuming a ratio of 3:1 fishing warp length to depth, the proposed boundary is defined to include a margin of 570 m from the bedrock reef.

For a full overview of the data used to support site identification, along with information on confidence in feature presence and extent see the Stanton Banks SAC Selection Assessment Document.

Data for this SAC have been primarily collected through JNCC-funded or collaborative surveys with other data obtained through other data sourcing. The data gathered provide direct evidence confirming the presence of the protected features within the site. Additional survey data will be added to JNCC's MPA mapper in due course.

References for further supporting scientific literature consulted during the identification of this site can be found in the SAC Selection Assessment Document. Please be aware that although these sources contain information which is of interest in relation to this MPA, they do not necessarily represent the views of JNCC:

The following table provides an overview of the components of the conservation advice, and provides hyperlinks to each of the products for this MPA. These elements together form JNCC’s formal conservation advice for this site and should be read in conjunction with each other. This advice reflects the most up-to-date evidence held by JNCC (correct as of February 2018).

The sub-sections that follow provide an account of the progress of Stanton Banks SAC around each of the four stages in the MPA management cycle.

A baseline monitoring survey took place in 2012 but site condition monitoring surveys are yet to take place within this MPA. Further information will be made available under the Monitoring section in due course.

JNCC is currently leading on the development of a strategy for biodiversity monitoring across all UK waters, to include MPA monitoring. For SACs, data and evidence collected from monitoring activities will aim to: 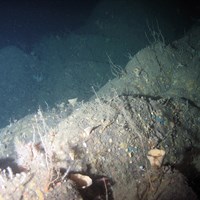 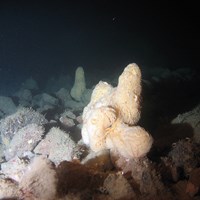 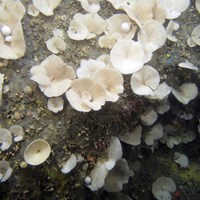 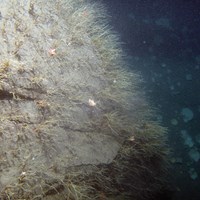 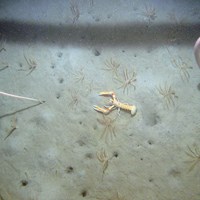 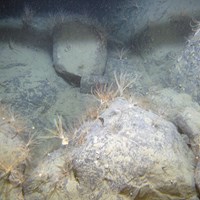 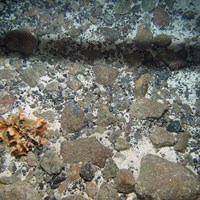 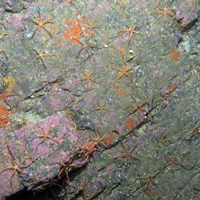 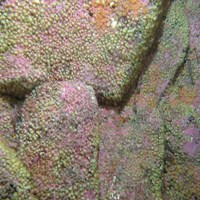 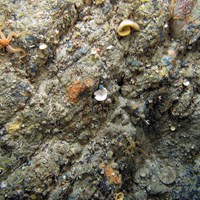 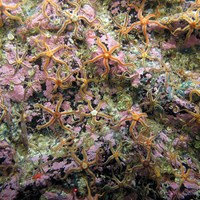