West of Scotland MPA protects a diverse and unique marine landscape to the west of Scotland; from the steep gradient of the continental slope, across the sediment plains of the Rockall Trough, to the slopes of George Bligh Bank and Rockall Bank, including two isolated seamounts (Anton Dohrn and Rosemary Bank Seamount) created by extinct volcanoes.

The deep seas around Scotland are home to some of the most vulnerable and diverse habitats and species on Earth. The West of Scotland MPA makes a significant contribution to the protection of these unique deep-sea ecosystems in the seas around Scotland. Their protection ensures the MPA can provide a range of benefits to society, including nutrient cycling and carbon storage.

The acquisition of new data may result in updates to our knowledge on feature presence and extent within this site. The most up to date information is reflected on the map on this section and in JNCC’s MPA mapper and the evidence underpinning this can be viewed in the Evidence section.

The diagram below is a summary of the key milestones involved in the selection and designation of the West of Scotland MPA. More detail can be found in the Relevant Documentation section.

The documents referred to below and any other historical documents relating to the West of Scotland MPA were produced during the selection and designation process and therefore may be out of date. This Site Information Centre is the most up-to-date source of information for this MPA and will reflect any additional information gathered since these documents were produced.

Information for this site summary was adapted from the West of Scotland Ecological Overview Document and incorporates any further information gathered since this document was produced. Please refer to this document in the Relevant Documentation section for further details and information sources.

The West of Scotland MPA covers a diverse marine landscape to the west of Scotland; from the steep continental slope across the sediment plains of the Rockall Trough, to the slopes of George Bligh Bank and Rockall Bank with two isolated seamounts (Anton Dohrn and Rosemary Bank) created by extinct volcanoes.

It is the geological and geomorphological features of the MPA that define this varied and interesting marine landscape, with volcanic igneous rock protrusions forming the seamounts and the large banks at the western extent of the MPA. Slide deposits are a characteristic feature along the Scottish continental slope, while other geomorphological and glacial remnant features such as sediment wave fields, scour moats, turbidite accumulations and iceberg plough marks form the landscape of the seabed.

The interaction of these features with ocean currents determines the sediment types we find across the seabed. These are protected sedimentary habitat features of the MPA; offshore deep-sea muds and offshore subtidal sands and gravels and the biological communities that inhabit them. A particular type of muddy habitat, burrowed mud is also a protected feature of the MPA and supports a range of burrowing megafauna such as mud shrimps. The ‘bioturbation’ or burrowing activity of these species (and others such as polychaete worms) mixes the sediment and allows oxygen to penetrate deeper into otherwise anoxic layers allowing the sediments to support a greater diversity of species. This habitat also plays a critical role in nutrient exchange between the water column and sediments, with bioturbation releasing nutrients into the water column, making them available to the food chain. Where this occurs at larger scales, it can result in the fixing of carbon that may assist in climate regulation.

Deep-sea sponge aggregations, cold-water coral reefs and coral gardens are known as 'habitat formers'. The physical structures they provide, create an environment that other species can colonise. In doing so, they support a diverse community of species. Sponges may also play a significant role in silicon regulation by providing a long-term sink for silicon, while coral skeletons act as a long-term store of carbon.

The two seamounts (Rosemary Bank and Anton Dohrn) are protected as large-scale features of the MPA and for the rich seamount communities they support. The seamounts create a very different environment to the sedimentary plains of the Rockall Trough. The dynamic hydrographic environment surrounding the seamounts creates waters that are rich in food for suspension feeders such as sponges and corals that colonise the seamounts.  Many fish species such as blue ling, black scabbard and mesopelagic lantern fish are attracted to seamounts for feeding or spawning. The concentrations of fish and other prey species around seamounts also attracts larger predators and marine mammals such as Atlantic white-sided dolphin and Sperm whale, which have been observed in high numbers around these features.

Further detail on the evidence for this MPA can be found in the Evidence section.

Site location: Co-ordinates for this MPA can be found in the Designation Order listed in the Relevant Documentation section.

The full overview of the various data used to support site identification along with information on confidence in feature presence and extent is available in the West of Scotland MPA Data Confidence Assessment. JNCC will be adding relevant survey data for this MPA to our MPA interactive map in due course. Some of the data for this MPA has been collected through JNCC-funded or collaborative surveys and some through other means. Data from these surveys provide direct evidence confirming the presence of the protected features within the site.

References for further supporting scientific literature consulted during the identification of this site can be found in the Data Confidence Assessment. Please be aware that although these sources contain information which is applicable to this MPA, they do not necessarily represent the views of JNCC:

If you are aware of any additional data or relevant scientific papers for this site not listed in the relevant documentation, including the West of Scotland MPA Data Confidence Assessment, please contact us.

Formal conservation advice is not currently available for this deep-sea marine reserve and will be added in due course. In the interim, please refer to the Conservation Objectives and Management Advice document under the Relevant Documentation section.

The sub-sections that follow provide an account of the progress of West of Scotland MPA around each of these four stages in the MPA management cycle:

Fishing vessel monitoring is currently in place. Site condition monitoring surveys are yet to take place within this MPA. Further information will be made available under the Monitoring section in due course.

No long-term condition monitoring data is available to determine whether the MPA is moving towards or has reached its conservation objectives. 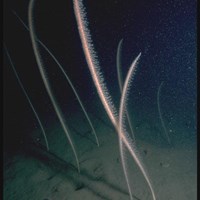 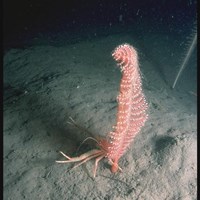 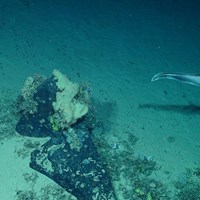 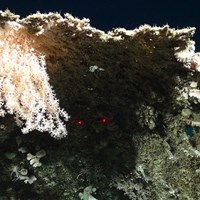 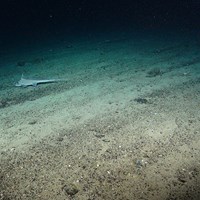 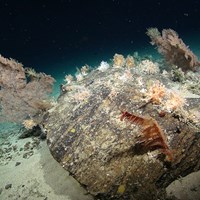 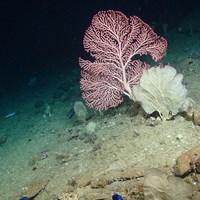 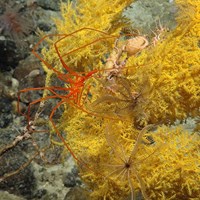