The Croker Carbonate Slabs MPA is an area in the mid-Irish Sea, approximately 30 km west of Anglesey. The site lies in 70 m water depth in the north, descending down to approximately 100 m at the south-west corner of the site.

Croker Carbonate Slabs lies in 70 m water depth in the north descending down to approximately 100 m at the south-west corner of the site.  The seabed surface is composed of extensive areas of exposed methane-derived authigenic carbonate (MDAC). These carbonate blocks and pavement slabs form when methane is released from the seabed and reacts with water and are known as 'submarine structures made by leaking gases' – a listed habitat under Annex I of the EC Habitats Directive. The seabed habitats created by these MDAC structures are distinctive, supporting a diverse range of marine species that are absent from the surrounding seabed, which is characterised by coarse sediment. Areas of 'high relief' MDAC support a diverse range of soft corals, erect filter feeders, sponges, tube worms and anemones whilst the 'low relief' MDAC is colonised with scour-resistant hydroids and bryozoans.

The acquisition of new data may result in updates to our knowledge on feature presence and extent within this site. The most up-to-date information is reflected on the map on this page and in JNCC’s MPA mapper, and the evidence underpinning this can be viewed in the Evidence section below.

The diagram below is a summary of the key milestones involved in the selection and designation of Croker Carbonate Slabs. More detail can be found within the Relevant Documentation section.

Original boundary: An amendment to the site boundary for Croker Carbonate Slabs was consulted on in 2017 and approved and submitted to the European Commission in November 2017. More information can be found in the consultation archive. The original site documents from the original site designated in 2008 are available to download from The National Archives website. However, these have since been superseded by the above documents.

Information for this site summary was adapted from the SAC Selection Assessment Document and incorporates any further information gathered since these documents were produced. Please refer to this document in the Relevant Documentation section for further details and information sources.

The Croker Carbonate Slabs is an area in the mid-Irish Sea, approximately 30 km west of Anglesey, where a total area of over 55 km2  of the Annex I feature "submarine structures made by leaking gases" have been identified. The seabed surface is composed of extensive areas of exposed methane-derived authigenic carbonate (MDAC). The seabed habitats created by these MDAC structures are distinctive, supporting a diverse range of marine species that are absent from the surrounding seabed characterised by coarse sediment.

MDAC is formed when calcite precipitates and infills the pore spaces between the sand grains, creating a layer or crust that can form carbonate 'pavements' and 'chimneys'; significant hard ground compared to the surrounding sediment. When exposed at the seabed surface, MDAC appears to be broken down and eroded rapidly both through biological activity (boring by bivalve molluscs) and by water currents into sand and gravel sized fragments.

Earlier surveys in 2005 confirmed the existence of MDAC in the site. Acoustic data indicated a generally flat seabed with large depressions up to 500 m in diameter, with steep sides, alongside small mounds and sediment waves. In addition, a cliff structure 6–8 m high and up to 500 m long was recorded. Survey of this area found cemented rocks providing a firm substrate for a diverse range of fauna. Chemical analysis of carbonate samples collected during this survey indicated they were methane-derived and thermogenic in origin.

Further survey work in 2012 and 2013 provided evidence to support an amendment to the site boundary. Full coverage acoustic data, combined with video imagery suggested the extent of Annex I Submarine structures made my leaking gases is more extensive than previously thought. In 2015, a monitoring survey of the SAC was undertaken to contribute to the development of a monitoring time-series for the site.

The hard substratum provided by the MDAC provides an ideal physical habitat for a range of marine life, in stark contrast to the surrounding coarse sediment. Information on the biological communities was gained through analysis of the seabed imagery; over 79 species were identified. Further detail on the evidence for this SAC can be found in the Evidence section.

Site location:  Co-ordinates for SAC can be found in the Standard Data Form listed in the Relevant Documentation.

The original boundary was delineated following the SAC boundary guidelines resulting in a simple polygon enclosing the minimum area necessary to ensure protection of the Annex I habitat, following the extent of the habitat feature as closely as possible. It included a margin to allow for mobile gear on the seabed being at some distance from the location of a vessel at the sea surface.

The amended boundary, which came into place in 2017, extends the site boundary to the north-east, north-west and south-west of the existing boundary, following a contiguous area of Annex I habitat known as MDAC (approximately 55 km2 (5,500 ha)) identified through surveys undertaken in 2012 and 2013. The revision to the boundary encompasses a large area of MDAC to the east of the previously mapped extent, together with smaller patches of MDAC to the south-west. The western boundary of the site follows the median line between the offshore waters of the UK and the Republic of Ireland. Following JNCC’s UK SAC boundary guidance, the boundary includes a buffer zone of ~240 m around the known extent of MDAC, based on a fishing warp ratio of 3:1 using the average depth of the seabed (80 m) (JNCC 2008). This buffer was manually adjusted to give a 300 m buffer in the southern part of the site where the feature occurs in deeper waters (~100 m on average).

There are a range of data that underpin this SAC. The full overview of the data used to support site identification, along with information on confidence in feature presence and extent is available in the Croker Carbonate Slabs SAC Selection Assessment Document. JNCC will be adding relevant survey data for this MPA to its MPA mapper in due course.

Some of the data for this SAC have been collected through JNCC-funded or collaborative surveys and some through other means. Data from these surveys provides direct evidence confirming the presence of the protected features within the site.

References for further supporting scientific literature consulted during the identification of this site can be found in the Selection Assessment Document.

If you are aware of any additional information not listed in the Relevant Documentation section, or above, please contact us.

The following table provides an overview of the components of the conservation advice, and provides hyperlinks to each of the products for this MPA. These elements together form JNCC’s formal conservation advice for this site and should be read in conjunction with each other. This updated advice replaces the previous Regulation 18 package for the site. This advice reflects the most up-to-date evidence held by JNCC (correct as of February 2018, before the site was designated a SAC).

The sub-sections that follow provide an account of the progress of Croker Carbonate Slabs SAC around each of the four stages in the MPA management cycle.

A baseline condition monitoring survey for this MPA was undertaken in Autumn 2015, to gather evidence to contribute to the development of a monitoring time-series for the site. The results of this survey are not yet available. Further information will be made available in the Monitoring section in due course.

No long-term condition monitoring data is available to determine whether the MPA is moving towards or has reached its conservation objectives. Further information will be provided in the Assessment section as it becomes available. 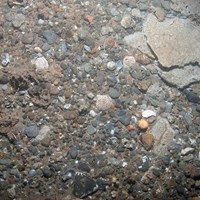 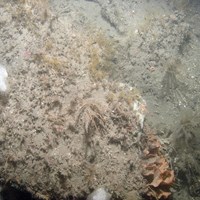 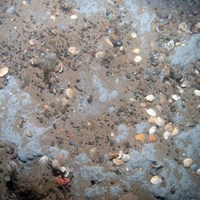 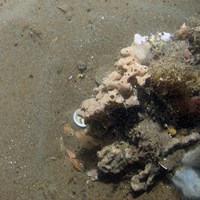 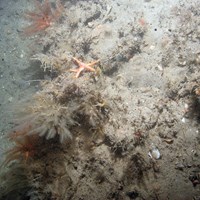 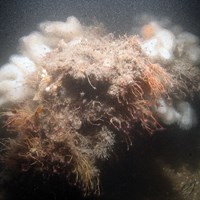 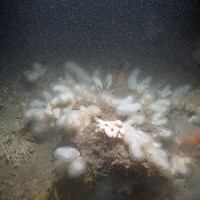 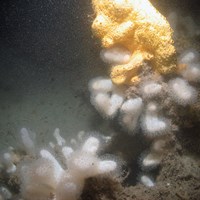 This Site Information Centre (SIC) was created and last substantially updated prior to the end of the Transition Period following the UK’s exit from the European Union (31 December 2020). Therefore some of the content may still refer to EU legislation and management proposals or commitments which were correct at the time that the content was last updated. These references will be revised as necessary when the SIC is next substantially revised. Requirements through EU legislation are being retained in the UK so existing environmental protections and standards remain, and the protection given to habitats and species continues