Situated off of the Cornish Coast, North-West of Jones Bank MCZ is an offshore site approximately 165 km west of Land’s End.

The site extends over approximately 399 km2 of continental shelf seabed, helping to protect a diverse range of habitats and associated species. The array of sediment types found at North-West of Jones Bank support a number of different organisms, including worms, cockles, urchins and sea cucumbers, as well as providing habitats for sea-pens and burrowing megafauna.

The acquisition of new data may result in updates to our knowledge on feature presence and extent within this site. The most up-to-date information is reflected on the map on this section and in JNCC’s MPA mapper and the evidence underpinning this can be viewed in the Evidence section.

The diagram below is a summary of the key milestones involved in the selection and designation of North-West of Jones Bank MCZ. More detail can be found in the Relevant Documentation section below.

The documents referred to below and any other historical documents relating to North-West of Jones Bank MCZ were produced during the selection and designation process and therefore may be out of date. This Site Information Centre is the most up-to-date source of information for this MPA, and will reflect any additional information gathered since these documents were produced. Further information about the Marine Conservation Zone site selection process and historic MCZ advice is available on JNCC's MCZ webpages.

Information for this site summary was adapted from JNCC’s Relevant Documentation on this site and incorporates any further information gathered since these documents were produced.

North-West of Jones Bank MCZ is situated approximately 165 km offshore from the south-west of England. The site covers 399.14 km2 of continental shelf, and it contributes one of the largest areas of Subtidal mud to the MPA network of all designated MCZs.

The seabed in North-West of Jones Bank MCZ comprises a variety of broad-scale habitats such as Subtidal sand, Subtidal mixed sediments and Subtidal coarse sediment. These habitats are representative of the seabed in UK offshore waters and support a range of species, including polychaete worms, veneroid molluscs and echinoderms such as starfish and urchins. The area however, predominantly consists of Subtidal mud and its component habitat Feature of Conservation Importance; Sea-pen and burrowing megafauna communities. This feature consists of stable plains of fine mud, which provide a suitable habitat for burrowing animals such as Norway lobster (Nephrops norvegicus) and sea-pens like the slender sea-pen (Virgularia mirabilis) that protrude from the seabed.

North-West of Jones Bank MCZ is situated approximately 132 km north-west from South-West Deeps (West) MCZ, and 240 km north-west of The Canyons MCZ. All of these sites contribute to the connectivity and representativity of seabed features within the Western Channel and Celtic Sea biogeographic area. Further detail on the evidence for this MCZ can be found in the Evidence section.

Site boundary description: The North-West of Jones Bank is a simple rectangle following North–South and East–West lines. Therefore, the boundary is in accordance with the MCZ Ecological Network Guidance, which advises using a minimum number of simple lines to delineate the site. The Finding Sanctuary Regional MCZ Project recommended North-West of Jones Bank MCZ to Government, which was then advised on by the Statutory Nature Conservation Bodies before being subject to public consultation by Defra, between January 2015 and April 2015.

The full overview of the various data used to support site identification, along with information on confidence in feature presence and extent, is available in the pre-and post-consultation advice for Tranche Two offshore Marine Conservation Zones proposed in 2016. JNCC will be adding relevant survey data for this MPA to its MPA mapper in due course.

Some of the data for this MCZ have been collected through JNCC-funded or collaborative surveys and some through other means. Data from these surveys provide direct evidence confirming the presence of the protected features within the site.

References for further supporting scientific literature consulted during the identification of this site can be found in the annexes of pre- and post-consultation scientific advice for Tranche Two offshore Marine Conservation Zones proposed for designation in 2016. Please be aware that although these sources contain information in relation to this MPA, they do not necessarily represent the views of JNCC.

If you are aware of any additional data or relevant scientific papers for this site not listed in the Relevant Documentation section, or the annexes of the MCZ advice documents, please contact us.

The sub-sections that follow provide an account of the progress of North-West of Jones Bank MCZ around each of these four stages in the MPA management cycle:

1. The documentation of appropriate measures

No long-term condition monitoring data is available to determine whether the MPA is moving towards or has reached its conservation objectives. The site has a ‘recover’ conservation objective based on a vulnerability assessment that examined exposure to activities associated with pressures to which the protected features of the site are considered sensitive. This suggests the site is unlikely to be moving towards its conservation objectives but site condition monitoring data would improve our confidence in this assessment. Further information will be provided in the Assessment section as it becomes available.

In May 2017 a monitoring survey was undertaken with North-west of Jones Bank MCZ from the RV Cefas Endeavour. These data will form part of the ongoing time series of data and evidence for this MCZ. The data acquired during the survey enabled the formation of a baseline monitoring assessment for the 'Subtidal mud' and associated 'Sea-pen and Burrowing Megafauna Communities' habitats.

Under Section 124 of the UK Marine & Coastal Access Act (2009), JNCC is required to report to Ministers every six years on the degree to which the conservation objectives of the protected features of Marine Conservation Zones (MCZs) have been achieved. Every six years from 2012, the Marine Act requires a report setting out how MCZs have performed against their conservation objectives, as well as the effectiveness of the network as a whole.

Many of the assessments in the updated UK Marine Strategy Part 1 2019 were developed and produced in collaboration with other contracting Parties of the OSPAR Convention for the Protection of the North East Atlantic. In 2017 OSPAR published its Intermediate Assessment (IA2017). The IA 2017 further develops OSPAR’s understanding of the marine environment of the North-East Atlantic and its current status. It demonstrates OSPAR’s progress towards realising its vision of a clean, healthy and biologically diverse North-East Atlantic, used sustainably. IA2017 follows on from OSPAR’s previous holistic assessment, the OSPAR Quality Status Report in 2010 (QSR2010) and in 2000 (QSR2000). 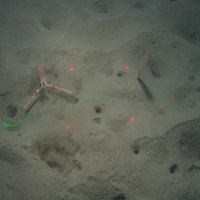 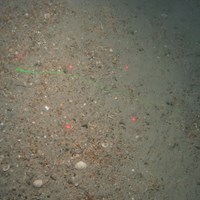 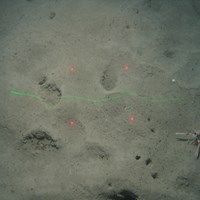 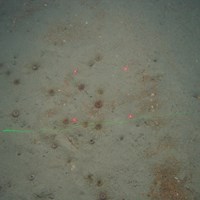 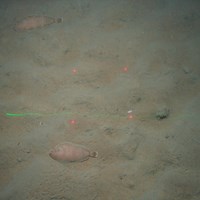