Scanner pockmark, located 185 km off the north-east coast of Scotland, is a seafloor depression containing Submarine structures made by leaking gases.

Located approximately 185 km off the north-east coast of Scotland near the centre of the Witch Ground Basin, Scanner pockmark is a seafloor depression containing Submarine structures made by leaking gases.

The Scanner pockmark itself, together with additional pockmark depressions, make up the Scanner Pockmark SAC. A total of 67 pockmarks have been identified within the site boundary. The pockmarks were created by the expulsion of fluids and have been maintained by active gas seepage.The Scanner pockmark complex in the south of the site is a large seabed depression of approximately 320,000 m2 containing two deep areas about 17 m below the surrounding seafloor. Carbonate blocks known as 'Submarine structures made by leaking gases' form when methane is released from the seabed and reacts with the surrounding seawater and have been recorded in the base of these pockmarks. The northern section of the site contains the Scotia pockmark complex with two deep sections and active methane seeps. These large pockmarks reach a depth of approximately 15 m below the surrounding sea floor.

The acquisition of new data may result in updates to our knowledge on feature presence and extent within this site. The most up-to-date information is reflected on the map on this page and in JNCC’s MPA mapper, and the evidence underpinning this can be viewed in the Evidence section.

The diagram below is a summary of the key milestones involved in the selection and designation of Scanner Pockmark SAC. More detail can be found in the Relevant Documentation section.

Original boundary: An amendment to the site boundary for Scanner Pockmark was consulted on in 2017. This was approved by the UK Government and European Commission in September 2018. More information, and the original documents for the site, can be found in the SAC consultation archive (available on The National Archives website).

Information for this site summary was adapted from the SAC Selection Assessment and incorporates any further information gathered since this document was produced.

Scanner pockmark is a large seabed depression in the northern North Sea, which had in the past been identified as containing verified examples of large blocks of the Annex I habitat Submarine structures made by leaking gases. The Scanner pockmark itself, together with additional pockmark depressions, make up the Scanner Pockmark SAC. The site is situated approximately 185 km off the north-east coast of Scotland near the centre of the Witch Ground Basin, in waters of approximately 150 m depth. A total of 67 pockmarks have been identified within the Scanner Pockmark SAC boundary. The pockmarks were created by the expulsion of fluids and have been maintained by active gas seepage.

Four of these pockmarks have a considerably greater volume than more typical pockmarks in the vicinity of the site, comprised of two pockmark complexes; Scanner and Scotia. The Scanner pockmark complex in the south of the site comprises two large pockmarks with a combined area of approximately 320,000 m2 and depths of up to 16.7 m below the surrounding sea floor. At the base of the pockmarks, blocks of 'methane-derived authigenic carbonate' (MDAC) (equivalent to the interest feature of the site: Annex I Submarine structures made by leaking gases) have been previously recorded. Scotia pockmark complex in the north is a composite feature composed of two deeper sections with active methane seeps. Analysis of survey data collected in 2012 suggests that small patches of harder substrate do occur within the Scotia pockmark complex, but whether these represent MDAC requires further confirmation.

Some of the pockmarks appeared to have infilled due to slope failure, interrupting gas migration and likely obscuring seabed features previously present such as MDAC or bacterial mats. The cause of slope failure is unknown, but may be either anthropogenic or natural. On the basis that verified examples of the qualifying feature having been recorded in the past, potential examples of Annex I Submarine structures made by leaking gases have been considered in establishing the boundary for the site. High acoustic backscatter may be indicative of hard carbonate structures so are considered as potential feature records associated with pockmarks. Both verified and potential occurrences of the habitat are considered to represent the known extent of the feature within the site.

The faunal communities within the site have previously represented assemblages typically associated with rocky reef, colonising the carbonate structures in the base of the pockmarks. Although pockmark infilling appears to have obscured MDAC structures, there are still large numbers of the nematode species Astomonema southwardarum, known to host endosymbiotic, chemoautotrophic bacteria within their body cavity. However, as a result of the obscured carbonate structures, typical species assemblages appear to be more similar to wider soft sediment ecosystems.

Scanner Pockmark SAC is one of three sites identified for protection of Annex I Submarine structures made by leaking gases in the UK.  There is one other SAC in the Northern North Sea with Submarine structures made by leaking gases as a qualifying interest feature of the site. Braemar Pockmarks SAC is situated to the north-east of Scanner Pockmark SAC. There is also a site for the feature in the Irish Sea – Croker Carbonate Slabs SAC.

Further detail on the evidence for this SAC can be found in the Evidence section.

Site boundary description: The boundary for Scanner Pockmark is a simple polygon enclosing the minimum area necessary to ensure protection of the Annex I habitat. Co-ordinate points have been positioned as close to the edge of the interest feature as possible. As bottom trawling is a significant threat to the interest feature, the proposed boundary includes a margin to ensure its protection.

The full overview of the data used to support site identification along with information on confidence in feature presence and extent is available in the Scanner Pockmark MPA SAC Selection Assessment Document. All data that can be made publicly available are displayed on JNCC's MPA mapper.

Some of the data for this SAC has been collected through JNCC-funded or collaborative surveys and some through other means. These data provide direct evidence confirming the presence of the protected features within the site.

Further supporting scientific literature consulted during the identification of this site can be found in the Selection Assessment. Please be aware that although these sources contain information which is of interest in relation to this MPA, they do not necessarily represent the views of JNCC.

The following table provides an overview of the components of the conservation advice, and provides hyperlinks to each of the products for this MPA. These elements together form JNCC’s formal conservation advice for this site and should be read in conjunction with each other. This updated advice replaces the previous Regulation 18 package for the site. This advice reflects the most up-to-date evidence held by JNCC (correct as of February 2018).

JNCC considers 'well-managed' to mean the timely progress of an MPA around the 'MPA management cycle. This involves:

The sub-sections that follow provide an account of the progress of Scanner Pockmark SAC around each of the four stages in the MPA management cycle.

A baseline condition survey was undertaken in 2012 which was also used to gather evidence to support the development of fisheries management measures and a subsequent survey took place in 2017. Further information is provided in the Evidence section and Monitoring section. 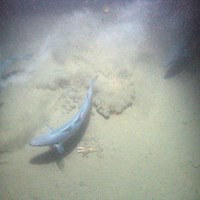 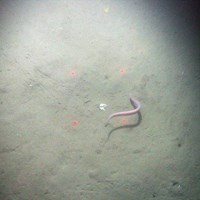 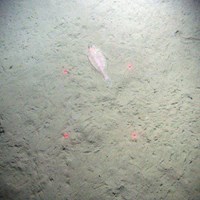 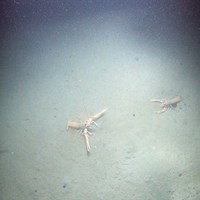 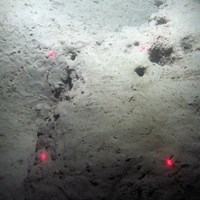 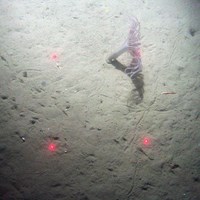 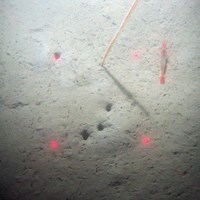 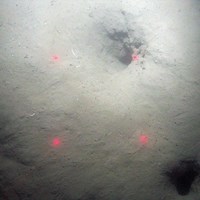 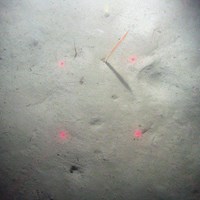 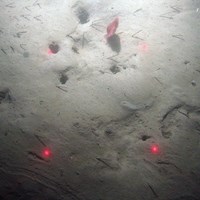 This Site Information Centre (SIC) was created and last substantially updated prior to the end of the Transition Period following the UK’s exit from the European Union (31 December 2020). Therefore some of the content may still refer to EU legislation and management proposals or commitments which were correct at the time that the content was last updated. These references will be revised as necessary when the SIC is next substantially revised. Requirements through EU legislation are being retained in the UK, so existing environmental protections and standards remain, and the protection given to habitats and species continues.