Special Protection Areas (SPAs) are protected areas for birds in the UK classified under:

JNCC is responsible for advising the UK Government and devolved administrations on aspects of the classification and management of SPAs from a UK perspective, including reporting on the implementation of the UK SPA programme and the status and trends of protected bird species. JNCC also has specific responsibilities for advising on the classification and management of SPAs in the UK offshore area. Further information on UK offshore SPAs and JNCC’s Marine Protected Areas (MPA) work can be found on our MPA pages.

Special Protection Areas in the UK as of 18 December 2020.

UK figures exclude two SPAs which have been submitted in the UK Overseas Territory of Gibraltar.

1 These statistics exclude 12 sites listed that have been subsumed into larger sites. These sites (totalling 14,530 hectares) are however retained in lists of SPAs maintained by the European Union because they have never been formally declassified.

2 Site area figures for each country relate to both the terrestrial and inshore domain. The figures have been calculated from GIS to allow for overlapping SPAs such as the Cairngorms Massif in Scotland. There may therefore be slight discrepancies between these and the equivalent figures from previous tranches which were calculated from the SPA data forms.

4 The UK total is calculated from GIS and does not reflect the sum of the totals in each country/offshore, due to overlapping sites in the different areas.

Latest changes to the SPA network

Information on the most recent changes to the SPA network – either newly classified SPAs or updates to existing SPAs – is provided below. This includes the information which was submitted in "tranches" to the European Commission prior to the end of the Transition Period which followed the UK’s Exit from the EU.

Details of the latest changes to the UK SPA list in the most recent tranches are provided below. Information on changes within historical tranches is available in The National Archives.

Information on changes within previous tranches is available via The National Archives website.

JNCC maintains site information for all SPAs in the UK.

In addition, a spreadsheet of UK SPAs and their qualifying bird species, other published data relevant to SPAs, and a spatial layer of SPA site boundaries is available from the UK Protected Area Datasets for Download webpage. JNCC also manages an online library of UK and EU case law relating to SPA classification and management.

Site information for SPAs classified in the UK Overseas Territory of Gibraltar is available on the Protected Areas in Gibraltar webpage.

In the UK, the first SPAs were identified and classified in the early to mid-1980s. Classification has since progressed, and the regularly updated UK SPA network summary table (above) provides an overview of the number of classified SPAs.

JNCC, on behalf of the UK Government and devolved administrations, published SPA Selection Guidelines for use in the UK (summarised below).  Each SPA has been selected according to the principles laid out in the selection guidelines. At the time of classification two documents are produced; the citation and the Standard Data Form. Both are legal documents. The former is used within the UK to consult with the public at classification and lists the qualifying species for which a SPA has been selected and is managed. The latter is derived from the citation and is the standard way in which UK SPA network data are registered by the UK Government and devolved administrations.

SPA citations are available from the relevant country nature conservation body (CNCB) website (Natural England, NatureScot (formerly Scottish Natural Heritage), Natural Resources Wales, and the Department of Agriculture, Environment and Rural Affairs, Northern Ireland), as can information on the Sites, or Areas, of Special Scientific Interest (SSSI or ASSI) that underpin most SPAs.

The SPA site selection process involves two stages. Stage 1 is intended to identify areas which are likely to qualify for SPA status. These areas are then considered further using one or more of the judgements in Stage 2 to select the most suitable areas in number and size for SPA classification.

Stage 1's fourth guideline gives consideration, using the Stage 2 judgements, to cases where a species' population status, ecology or movement patterns may mean that an adequate number of areas cannot be identified from Stage 1's first three guidelines alone. In addition, these Stage 2 judgements are particularly important for selecting and determining the boundaries of SPAs for thinly dispersed and wide-ranging species.

In the application of Stage 2 judgements, a preference should be given to those areas which contribute significantly to the species population viability locally and as a whole. The protection of the populations in these areas is considered alongside, and is complemented by, other non-site-based special measures designed to maintain populations.

The SPA selection guidelines are provided within the the second SPA review.

The UK’s statutory nature conservation Bodies (SNCBs) are responsible for assessing the condition of SPAs. This is carried out through Common Standards Monitoring.

Every six years, the results of this monitoring within SPAs are used to inform a UK-wide assessment of the status and trends of birds for which these sites are protected. This is undertaken by the five statutory nature conservation bodies (SNCBs) on behalf of UK Government and the devolved administrations. This feeds into a broader assessment of the status and trends of these species across their whole UK distribution (i.e. both inside and outside sites). There is also a general implementation report that summarises the main work and achievements in England, Scotland, Wales, Northern Ireland and UK offshore, including some specific information on SPAs and their contribution to the national/UK site network.

The reports are accessed through JNCC’s European Reporting webpage.

The UK’s nature conservation agencies, including the JNCC, have undertaken three reviews of the UK SPA network undertaken at roughly decadal intervals. 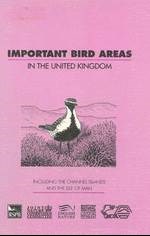 The First Review was undertaken by the Nature Conservancy Council and published in 1990.  This established the scope of the network in Great Britain and stimulated the progressive classification of these sites.  Species and habitat details from the sites listed in the first review were published in 1992.

A complementary All-Ireland SPA review was commissioned from JNCC by the National Parks and Wildlife Service, Dublin and the Department of the Environment (Northern Ireland), Belfast and published in 1993. 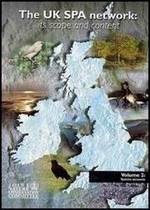 JNCC and the country nature conservation bodies were requested by the UK Government to undertake a further review of the network in the mid-1990s.  This Second Review – based on data from the 1990s – revised our understanding of the UK SPA network, both in terms of the number of sites selected and the species that qualify within these sites.

At completion of the second SPA Review, government consulted widely with other stakeholders on the results. In response to this consultation the Department for Environment, Food and Rural Affairs (Defra) convened an advisory group to take forward further consideration of SPA network development; the UK SPA & Ramsar (Avian) Scientific Working Group (SPAR SWG). 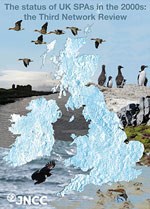 A Third Review – based on data from the 2000s – was undertaken by the SPAR SWG and published by JNCC in 2016.  This assessed change since the 1990s and provided advice to government with respect to a range of issues related to the future development of the network. In particular, and given the rapidity of climate-related changes in bird distribution that are occurring, it recommended that further reviews be undertaken – at approximately decadal intervals – such that appropriate adaptation measures can be undertaken.