Greater Haig Fras MCZ is an offshore site situated to the south-west of England, approximately 120 km west of Land’s End in Cornwall.

Situated to the south west of England, Greater Haig Fras MCZ is an offshore site approximately 120 km west of Land’s End in Cornwall.

The site protects approximately 2,041 km2 of continental shelf seabed that surrounds an isolated fully submarine bedrock outcrop (the Haig Fras rock complex geological feature), the only substantial area of rocky reefs in the Celtic Sea beyond the coastal margin and inshore waters. The seabed surrounding this outcrop has a diverse range of sediment types from mud to coarse and mixed sediments. These habitats are known to support a range of animal species, including those which live within the sediments such as small burrowing worms and bivalve molluscs to urchins, starfish and some crustaceans that live on the sediment surface.

The acquisition of new data may result in updates to our knowledge on feature presence and extent within this site. The most up-to-date information is reflected on the map at the top of the page and in JNCC's MPA mapper, with the evidence underpinning available within the Evidence section below.

The diagram below is a summary of the key milestones involved in the selection and designation of Greater Haig Fras MCZ.  More detail can be found in the Relevant Documentation section below.

The documents referred to below and any other historical documents relating to Greater Haig Fras MCZ were produced during the selection and designation process and therefore may be out of date. This Site Information Centre is the most up-to-date source of information for this MPA, and will reflect any additional information gathered since these documents were produced. Further information about the Marine Conservation Zone site selection process and historic MCZ advice is available on JNCC's MCZ webpages.

The information for this site summary was adapted from documents listed in the Relevant Documentation section and incorporates any further information gathered since this advice was produced.

Greater Haig Fras MCZ is situated approximately 120 km offshore from the south-west of England. It contains the geological feature, the Haig Fras rock complex. This fully submarine granite outcrop, approximately 45 km long and 15 km wide, runs diagonally through the site. The area of continental shelf that surrounds this rock outcrop presents a wide range of sediment types from mud to coarse and mixed sediments.

The subtidal rocky habitat within this site is already protected by Haig Fras SAC, but the broad-scale sedimentary habitats are now offered protection as features of the Greater Haig Fras MCZ. This includes Subtidal coarse sediment, Subtidal sand, Subtidal mud, and Subtidal mixed sediments. The variety of subtidal sediments present here support a range of animals including many species of polychaete worm and bivalve mollusc that live within the sediment, and on the surface of the sediment epifaunal species including echinoderms such as sea urchins and starfish are recorded. In the deeper areas of the site, a particular type of mud habitat known as Sea-pen and burrowing megafauna communities occurs, which is also an OSPAR Threatened and/or Declining habitat across the North-east Atlantic. The burrowing activity of crustaceans such as mud shrimps and the Norway lobster Nephrops norvegicus has an important functional role, allowing oxygen penetration deeper into the sediment, releasing nutrients, and increasing the structural complexity of the habitat. Although characterised by Nephrops and sea-pen, this habitat also supports a rich community of animals living within the sediment.

In addition to the Haig Fras SAC which is completely contained within the boundary of the Greater Haig Fras MCZ, a number of other MPAs are located close by. North-West of Jones Bank MCZ (approximately 9 km south of the southern site boundary) protects the same broad-scale habitats as well as the habitat FOCI Sea-pen and burrowing megafauna communities and thereby contributes to adequacy and replication targets for this region. East of Haig Fras MCZ (approximately 40 km to the east) also protects a range of broad-scale habitats. Further detail on the evidence for this MCZ can be found on the Evidence section.

Site depth range:  Greater Haig Fras MCZ varies in depth from less than 50 m over the rock outcrop, to 200 m depth over the surrounding seabed.

Site boundary description: The western boundary of Greater Haig Fras MCZ aligns with the UK Continental Shelf Limit. The remainder of the site has been drawn to encompass the entirety of the geological feature Haig Fras Rock Complex and Haig Fras SAC, with surrounding areas of sediment. The boundary is in accordance with the MCZ Ecological Network Guidance, which advises using a minimum number of simple lines to delineate the site.

The full overview of the range of data used to support site identification, along with information on confidence in feature presence and extent is available in JNCC's Tranche Two pre-consultation and post-consultation advice to Defra. JNCC will be adding relevant survey data for this MPA to its MPA mapper in due course.

Some of the data for this MCZ have been collected through JNCC-funded or collaborative surveys and some through other means. Data from these surveys provide direct evidence confirming the presence of the protected features within the site. As this MCZ contains the Haig Fras SAC within its boundary entirely, any data gathered from surveys of the SAC will be relevant to the sedimentary and geological features of the MCZ. For more information see the Haig Fras SAC.

If you are aware of any additional information not referred to above, in the Relevant Documentation section, or the annexes of the MCZ advice documents, please contact us.

The sub-sections that follow provide an account of the progress of Greater Haig Fras MCZ around each of these four stages in the MPA management cycle:

No long-term condition monitoring data are available to determine whether the MPA is moving towards or has reached its conservation objectives. The vulnerability assessment conducted for this site has set "recover" objectives for its protected habitat features, suggesting it is unlikely to be moving towards its conservation objectives. Directed site condition monitoring data are needed to improve our confidence in this assessment.

A monitoring survey of Greater Haig Fras MPA was carried out in May/June 2019. The aims of this survey were to

Details of the cruise report and data analysis report will be provided in the Evidence section. 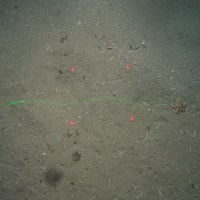 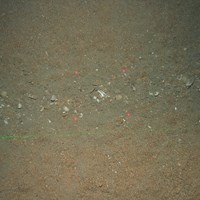 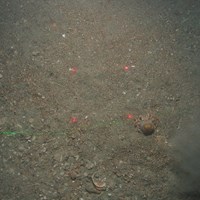 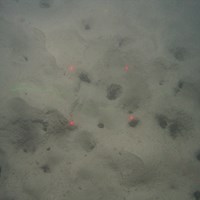 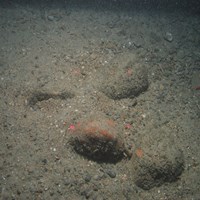 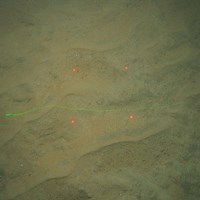 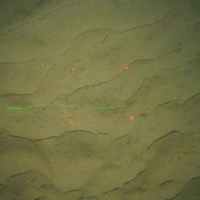