The Darwin Mounds SAC lies at the north end of the Rockall Trough located approximately 160 km north-west of Cape Wrath, Scotland, with depths between 710 m and 1,129 m.

The Darwin Mounds SAC is located approximately 160 km north-west of Cape Wrath, Scotland, at the north end of the Rockall Trough.  The site contains an extensive area of sandy mounds, each capped with multiple thickets of cold-water corals. Unlike most cold-water corals which attach to hard-surfaces, at this site the corals grow on sand. The thickets of coral range in size from one to several metres in diameter and support many other species, such as starfish, sponges and large populations of xenophyophores. Xenophyophores are the world’s largest single-celled organisms and are only found in deep-sea environments. They provide shelter for a range of small sea creatures, many of which are prey for larger species, and act as an elevated perch for filter feeders such as brittlestars.

The diagram below summarises the key milestones involved in the selection and designation of Darwin Mounds SAC. More detail can be found within the Relevant Documentation section.

Information for this site summary was adapted from the SAC Selection Assessment Document and incorporates any further information gathered since this document was produced. Please refer to this document for further details and information sources.

The Darwin Mounds is located approximately 160 km north-west of Cape Wrath, Scotland, at the north end of the Rockall Trough. The site consists of a large number of coral-topped 'sand volcanoes' composed of sand overlying mud. The individual mounds are up to 75 m wide and 5 m high and are morphologically unique in UK waters. The mounds themselves are unusual geological features that are thought to have been formed by fluid expulsion from the seabed. The mounds are most elevated to the north of the site and diminish in height to the south. There are two denser regions of mounds in the north-east and north-west of the site. The north-east field of the Darwin Mounds measures approximately 13 km by 9 km and contains approximately 150 mounds, whereas the north-west field measures approximately 13 km by 4 km and contains approximately 75 mounds.

The mounds in the northern part of the site showed an acoustic signature of a "tail" which generally lies to the south-west of the mound feature consisting of elongate to oval patches up to 500 m long. The 'tail' feature of the mounds is thought to be unique globally. The tails are not topographically distinct from the surrounding seabed but are covered with a fine veneer of sand. They support substantial numbers of the xenophyophore Syringammina fragilissima (a single-celled organism that can grow up to 20 cm in diameter), in densities greater than the surrounding seabed.

On the majority of the mounds there are also multiple colonies of Lophelia pertusa growing, which in many cases have formed thickets which arise from the surface of the mound. This site was the first observed record of cold-water coral reefs growing on sand at the time of discovery. Like the topography of the mounds, the frequency of coral communities diminishes towards the south of the mound field. Although the reef habitat on top of the mounds is formed primarily from Lophelia pertusa, another cold-water coral – Madrepora oculata – is also present. The thickets of cold-water corals provide a habitat for echiuran worms, brittlestars, brisingiid starfish and sponges. Various fish have been observed among the mounds, but not at higher densities than the wider environment.

Within the Atlantic north-west approaches, Rockall Trough and Faroe-Shetland Channel Regional Sea, where Darwin Mounds SAC is situated, there are three other SACs designated for the presence of Annex I reef: Anton Dohrn Seamount SAC, North West Rockall Bank SAC and East Rockall Bank SAC. Each site represents different types of Annex I reef. Wyville Thomson Ridge SAC on the edge of the adjacent Scottish continental shelf regional sea is also designated for Annex I reef. The tail feature observed on mounds in the northern part of the Darwin Mounds site is thought to be globally unique from a geological perspective. Further detail on the evidence for this SAC can be found in the Evidence section.

Site location: Co-ordinates for this SAC can be found in the Standard Data Form listed in the Relevant documentation section.

The boundary of the Darwin Mounds SAC is a simple polygon, fully enclosing the minimum area necessary to ensure protection of the Annex I feature. The boundary has been aligned with the area permanently closed to bottom trawling by Common Fisheries Policy and Animals (Amendment etc.) (EU Exit) Regulations 2019 (S.I. 2019, No. 1312)

As bottom trawling is a significant threat to the interest feature the proposed boundary includes a margin to ensure its protection. The maximum depth of water around the feature is 1,000–1,100 m. Fishing vessels which are bottom trawling in the region need a minimum towline length of twice the depth of water in which they are fishing. Assuming a ratio of 2:1 fishing warp length to depth, the proposed boundary is defined to include a margin of 2,200 m from the cold-water coral reefs.

For a full overview of the data used to support site identification along with information on confidence in feature presence and extent see the Darwin Mounds SAC Selection Assessment Document. Additional survey data will be added to JNCC's MPA mapper in due course.

Data for this SAC have been primarily collected through JNCC-funded or collaborative surveys, with other data obtained through other data sourcing. The data gathered provide direct evidence confirming the presence of the protected features within the site.

References for further supporting scientific literature consulted during the identification of this site can be found in the SAC Selection Assessment Document. Please be aware that although these sources contain information which is of interest in relation to this MPA, they do not necessarily represent the views of JNCC.

The sub-sections that follow provide an account of the progress of Darwin Mounds SAC around each of the four stages in the MPA management cycle.

Fishing vessel monitoring data is used to monitor compliance with the management measure in place. A baseline condition monitoring survey was undertaken in 2011 (reported in Howell et al. 2014). Further information is provided in the Monitoring section.

No long-term condition monitoring data are available to determine whether the MPA is moving towards or has reached its conservation objectives. Howell et al. (2014) suggest that ecosystem recovery is still a long way off, as no signs of coral recolonisation and limited coral regrowth were recorded in damaged areas after eight years of closure to bottom-contacting fishing gear (since 2004).

JNCC is currently leading on the development of a strategy for biodiversity monitoring across all UK waters, to include SAC monitoring. For SACs, data and evidence collected from monitoring activities will aim to:

Information on monitoring of this SAC will be provided when it becomes available. 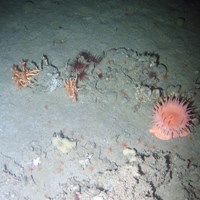 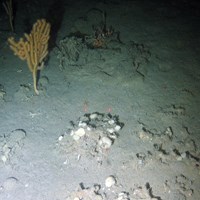 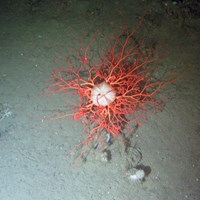 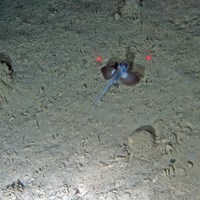 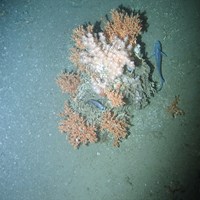 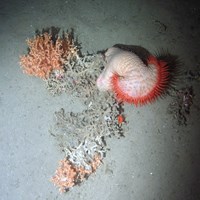 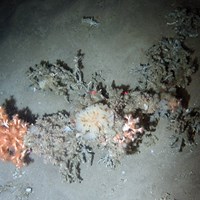 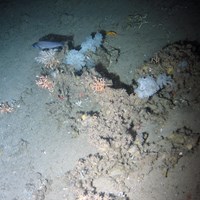 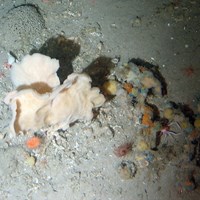 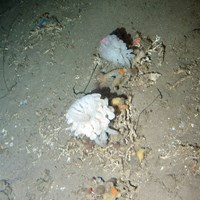 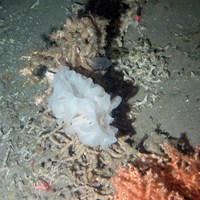 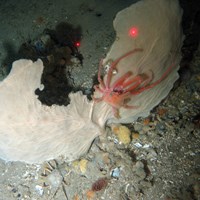