a. Cumulative number of records

b. Number of publicly accessible records at 1 square kilometre resolution or better

Good policy making and evaluation is based on evidence. Millions of biological observations (records) have been recorded in the UK over the past century by a wide variety of organisations and individuals. This indicator provides an evaluation of the number of records added to the National Biodiversity Network (NBN) Atlas (which replaced the NBN Gateway) in a particular year, and the resolution of those data, as a proxy for the evidence available to underpin conservation decision making.

Figure E1i. Records added to the National Biodiversity Network, 2004 to 2021. 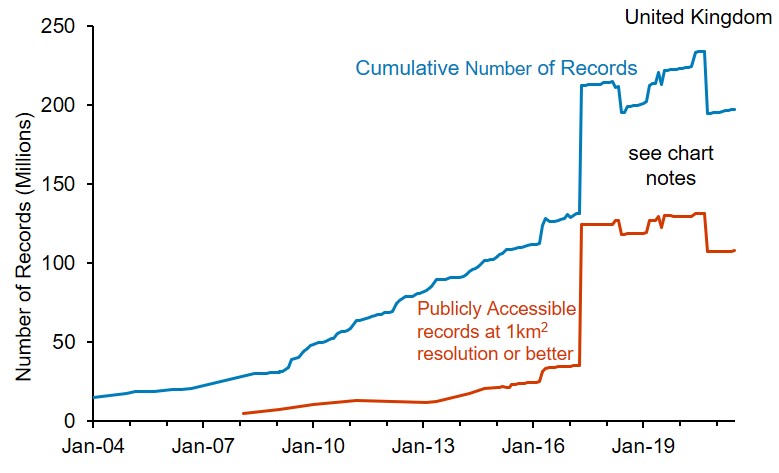 Assessment of change in data for decision making

Millions of biological observations (records) have been recorded in the UK over the past century by a wide variety of organisations and individuals. Most of these people are volunteers who organise themselves through many national and local societies and recording schemes. The UK and devolved governments (through their conservation and environmental bodies), local government and non-government wildlife-related organisations all collect and use biodiversity data. Information is held by many different organisations, and the individuals who collect it use a variety of formats, from computer databases to handwritten record cards. This means that although a huge amount of information exists, it is not always easy to access.

This indicator provides an evaluation of the number of records added to the National Biodiversity Network (NBN) Atlas (which replaced the NBN Gateway in April 2017) in a particular year, and the resolution of those data, as a proxy for the evidence available to underpin conservation decision making. Figure E1i shows the year that records were added to the NBN, not the date of the record.

The headline measures are evaluated by taking a three-year average of the base year compared to the final data point. The assessment of change is evaluated against a 3% rule of thumb. If the difference is more than 3%, then an increasing or decreasing assessment is made, depending on the direction of the change.

Figure E1i also shows the number of records which are publicly accessible at a resolution of 1 square kilometre or better. The number of publicly accessible high-resolution records increased from just under five million at the start of February 2008 to just under 107.9 million at the end of June 2021. During the period between the beginning of March and the end of April 2016, a large number of new and updated datasets were loaded on the NBN Gateway (around 210 datasets), including a new UK Butterfly Monitoring Scheme (UKBMS) dataset which added 5.7 million records. The update to the Butterfly Conservation’s National Moth Recording Scheme dataset (around 20 million records on the NBN Gateway) may have accounted for the rise in April to May 2016, followed by a drop of 2.4 million records seen in June 2016, as the updated moth surveys were loaded before the old surveys were removed. A very large number of records were added to the NBN in April 2017 as a result of the changeover from the NBN Gateway to the NBN Atlas. Some of the large increase in the number of records is a result of the British Trust for Ornithology (BTO) adding 10 new datasets which accounted for nearly 156 million records in the Atlas. Approximately 55.8 million of the 95.5 million records that were on the Gateway were transferred to the Atlas, but other records were not transferred – due to a variety of reasons, including data providers not taking the opportunity to update the datasets and/or they had to gain permission from the data owners. Figure E1i also shows an increase in the number of records for May 2020, which is due in part to the Botanical Society of Britain and Ireland (BSBI) adding a new dataset of eight million records. Two million of these records were at 100 metres resolution or higher, which accounts for the increase in 100 metres records in Figure E1iii (see below). In September 2020, the BTO updated their datasets which added records from 2016 to 2019, and at the same time they also aggregated their records which resulted in a drop of 39 million records which can be seen in Figure E1i.

Over time, more high-resolution data are becoming available, for example, protected species records have recently been uploaded - which is important since more detailed records are of more value for conservation casework. In the case of protected species, this can be used to evaluate whether species are present at a particular location and thereby to assess if a proposed development might impact on the protected species.

In addition to the resolution of the records, it is important to consider how recent the records are. Current records, less than 10 years old, are more useful for advice on planning matters than older records. Figure E1ii shows the proportion of publicly accessible records at 1 square kilometre resolution or better. In September 2020, the BTO updated their datasets. This added a substantial number of newer records, which increased the proportion of records which are less than five years old and records which are five to 10 years old, seen in the Jun-21 column of Figure E1ii. 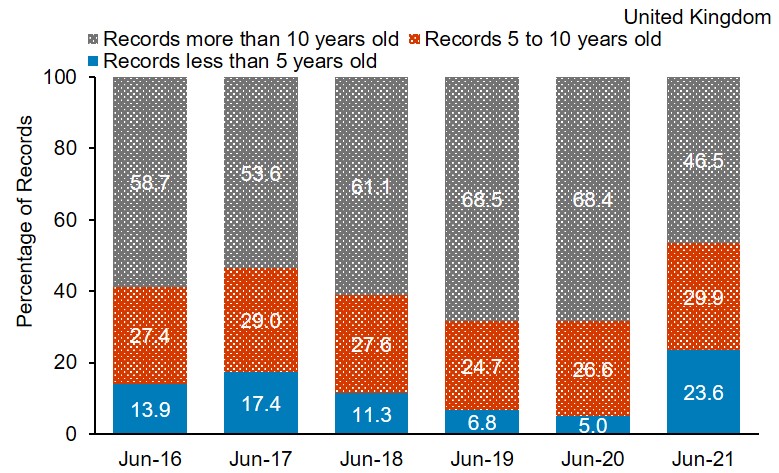 Good policy making and evaluation is based on evidence. Evidence will also help to engage the public, natural resource managers and business to actively address biodiversity loss. There are therefore a range of geographic scales of decision making (from local to national) and audiences (public sector, industry, public, research, etc.) that have an interest in the availability of biodiversity data. The indicator is focused on the availability of data collated by the National Biodiversity Network for decision making – evaluating actual use within decision making is more difficult.

The National Biodiversity Network (NBN) works to set standards for data exchange and data accuracy, and captures wildlife data in a standard electronic form; allowing the integration of data from different sources, and use of the internet to enable data to be used in different ways by as many people as possible. The History of the development of the NBN Gateway and Atlas, and a detailed timeline are available from the NBN website. Key points to note in the context of this indicator are:

One of the principal means of collation and interpretation of this data is the network of local records centres and the Biological Records Centre (BRC) which collates and interprets data from many national recording schemes. The BRC regularly update more than 40 data resources on the NBN Atlas, often bi-monthly. These are datasets from recording schemes and projects that use iRecord for record management and verification. The majority of the records shared are verified but some schemes and projects also share unverified records, which are clearly flagged as such within the NBN Atlas. BRC also supplies unverified data to the NBN Atlas for some species groups that are not currently covered by a national recording scheme. The NBN Atlas is a free online tool that provides a platform to engage, educate and inform people about the natural world. It enables the combination of multiple sources of information about UK species and habitats, and provides the ability to interrogate, combine and analyse these data in a single location. Individual records, for example for plants, mammals, birds and invertebrates, are stored on the NBN Atlas. Records can be quickly and easily accessed and displayed on a map of the UK in a number of different ways to aid understanding of the distribution of particular species in the UK.

This biological information is vital if the distribution and abundance of species and habitats is to be understood. Without it, making informed decisions on how to protect the UK’s wildlife is much more difficult.

Figure E1iii. Resolution of publicly available records on the NBN. 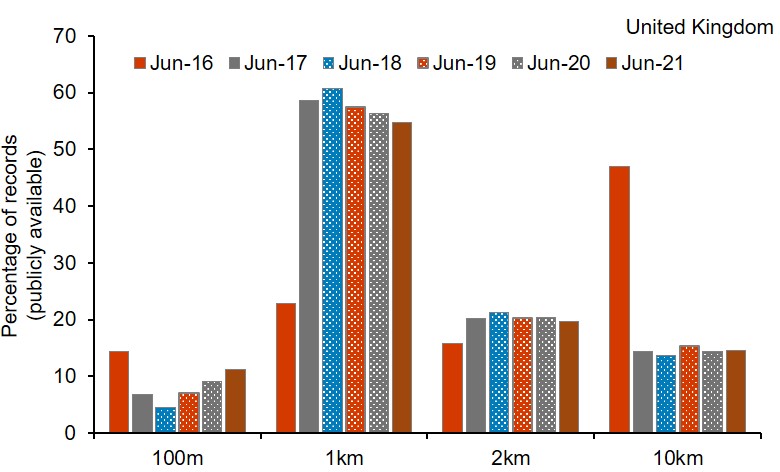 Figure E1iv. Number of downloads from the NBN. 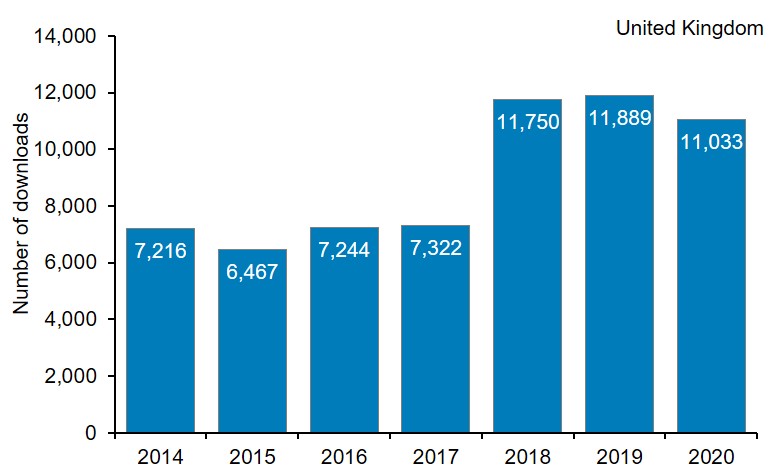 Note: Based on the number of downloads for full calendar years from the NBN since it was relaunched in November 2013.

Figure E1v. Number of records downloaded from the NBN. 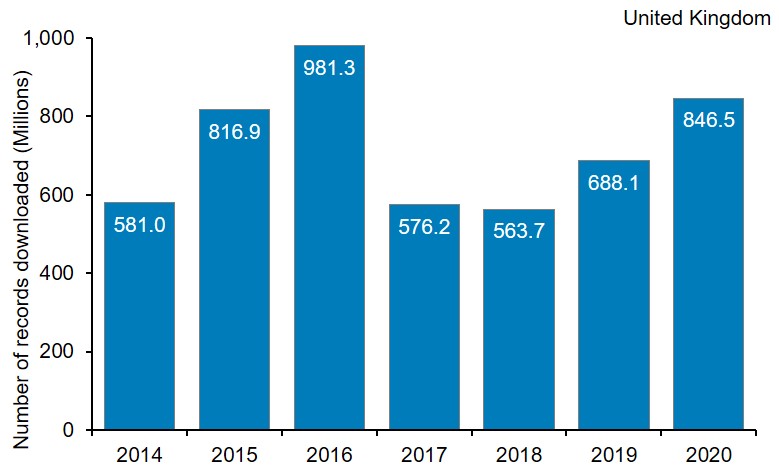 Note: Based on the number of records downloaded within full calendar years from the NBN since it was relaunched in November 2013.

Target 19: By 2020, knowledge, the science base and technologies relating to biodiversity, its values, functioning, status and trends, and the consequences of its loss, are improved, widely shared and transferred and applied.